Please tell what happened and how it might have been avoided. Names should be ommitted. This forum should help others learn from mistakes that caused or nearly caused a mishap.
Post Reply
9 posts • Page 1 of 1

The following encounter occurred on Tuesday. The Cessna Grand Caravan EX that flew past us was approximately 475' from the first glider and 1000' from the second. I have had helicopters come a lot closer than this but not at Sylmar. In two of three encounters I never even heard or saw the helicopter until I was 1/2 second from the closest point. That is simply not enough time to react in a meaningful way. It is a good idea to occasionally turn your body from side to side in order to look behind you. Don't rely on other pilots to tell you where an approaching aircraft is. There are perspective illusions with moving objects when viewed from a third location.
FAR 103.13 requires our vigilance but you already knew that, right?

There is a 2-hour airspace education video available from Jeff Goin. It is specifically for ultralights. It may not hurt to show this during video night or at least for pilots to chip in for a copy and watch it together: http://footflyer.com/Products/2014-Airs ... lights.htm
Top

Ron and I first heard and then saw the aircraft approaching the three of you when it was just about to cross the dam, inbound. Had anyone flying noticed it at that moment, it may have been possible to take evasive action, if necessary. It was a relatively slow pass.

Fortunately, we were on the ground, unfortunately, radios off. We estimated the plane would bisect the triangle of gliders close enough to widen your eyes, hopefully, no closer. From my POV it took a long time to get to, and past, all of you.

We all need to take this as a reminder that, even with the high days mostly over, we still have to look before we cross the street that runs through the dam, West Towers, too. Actually, we pretty much need to be looking all the time, as much as we can train ourselves to look, anyway. Difficult, but better than looking into the cockpit of an oncoming, private jet at 7000'.

I'll split the cost of the DVD with you, if you're really interested. It's on sale for $35 at the moment. You could use it at Crestline, too, if those pilots are interested.
Top

That would be money well spent. I'll be happy to share in the cost.
Top

Imagine you are doing 15 second 360Â°s in a thermal. Now think of a 200knts small turboprop caravan. It's impossible to detect. I've had a few near misses, also a friendly flap deployed 182 explore me and give a friendly roll wiggle "hello" then continue.


Now continue to absurd, yet real. Both Tangent Man and myself were on our way to Trona one day. A near supersonic f-18 from heading to China Lake passed below us. We had no hope in seeing nor avoiding this aircraft. Hiking in the serria, casscades and inyos, I've been banged and boomed on many times. Well outside of their MOAs. Once curiously I was able to detect a solitary 'blue angle' fly below my hillside. It was followed by a crack and a bunch of dust disturbed from the earth.
Top

My launch is in the video trailer so maybe I can get a free copy.
Take Care,
Mike Blankenhorn
Top

Kaiser nursing staff has informed me Jean will pass away on 5/20/2015, 72 hours warning, on my vario display. 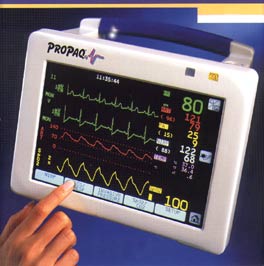 She passed at 8:03pm, Kaiser did a good job. Its Crass to say with one less distraction it is easier to hang glide. She was born 1930 and evaded the Japanese invasion of the Philippines by hiding up on a hill. I witnessed her last breath.For me this only compounds the loss of Markus who lost his life in the spirit of competition.

Return to “Safety and Incidents in flight”